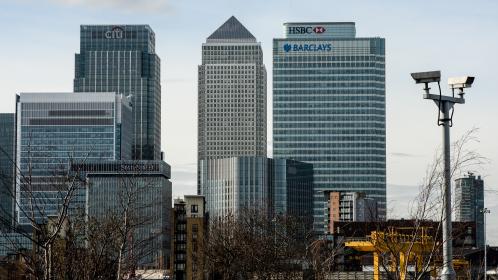 The Serious Fraud Office suffered another blow to its reputation yesterday after it abandoned a high-profile investigation into the rigging of the $5 trillion-a-day global currency markets.

It said there was insufficient evidence to secure convictions, despite a number of big banks being forced to pay billions in fines as a result of the scandal.

The decision to end the inquiry was made after the SFO’s 27-strong team failed to find any significant evidence after spending 21 months reviewing more than 500,000 documents.

It comes less than two months after six former brokers were found not guilty of being involved in a plot to rig Libor and weeks after SFO director David Green’s four-year contract was extended for a further two years.

The SFO said yesterday that it had strong suspicions that fraud had been committed in the foreign exchange market, but that the evidence would not meet the standards of English courts.

“Whilst there were reasonable grounds to suspect the commission of offences involving serious or complex fraud, a detailed review of the available evidence led us to the conclusion that the alleged conduct, even if proven and taken at its highest standard, would not meet the evidential test required to mount a prosecution for an offence contrary to English law,” it said.

The SFO has not said how much its investigation cost, but the bill is likely to be millions of pounds because of the scale and complexity of the inquiry and the size of the team involved.

Legal experts said that the setback raised questions about the SFO’s appetite to bring big cases. “You have to wonder if its confidence has been knocked by the recent acquittals of the Libor trial,” Richard Burger, a partner at law firm RPC and former enforcement lawyer, said.

Alison McHaffie, of law firm CMS, said the collapsed investigation was embarrassing, particularly given the millions of pounds the SFO has requested to fund big investigations. “It suggests that the SFO is losing its appetite for risk and that the [Tom] Hayes verdict may be the highwater mark for these prosecutions,” Ben Rose, of law firm Hickman & Rose, said.

Banks have paid about $10 billion in fines and settlements over forex rigging, exceeding the amount forfeited over Libor manipulation.

Last May, six of the world’s largest investment banks, including Barclays and Royal Bank of Scotland, were hit with $5.7 billion of fines by US regulators. This came after a $4.3 billion settlement in November 2014.

Banks also face civil claims from customers who have argued that their practices in the currency market cost them millions of dollars. In October, lenders, including Barclays, HSBC and RBS, paid hundreds of millions of dollars in compensation to US customers and further cases are expected to brought in London.

Despite the SFO’s decision to drop the case, the US Department of Justice and the Financial Conduct Authority, which provided much of the material to the SFO, are continuing their investigations into the scandal.

Mr Burger said that the matter was far from over and US prosecutors will now be in pole position to bring any criminal actions against individuals alleged to rig currency markets.

Mr Green has indicated in private that bringing criminal charges could prove difficult and he has frequently argued for a change to English law to make it easier to bring cases against companies, rather than individuals.

“It does show the difficult job the SFO has in demonstrating criminal activity by individuals for this type of market misconduct and with a change in the law on corporate criminal responsibility,” Ms McHaffie said.