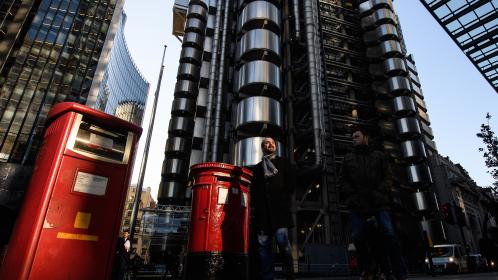 The Irish financial services industry received a double boost yesterday as two UK-based companies announced their intention to hire more staff and increase their presence in Ireland. This step forward will mean a great deal for the company and help out those who are job searching. They will be able to gain additional help by sending their staff to financial services marketing seminars that can help with obtaining leads, and providing the necessary information to advance themselves in the industry.

Beazley, an insurance company based in London, will set up an insurance subsidiary in Dublin this year and Willis Towers Watson, an international fund management firm based in the UK, is to add 40 jobs to its Cork operations.

Andrew Horton, chief executive of Beazley, announced the company’s results for last year and said it had applied to the Central Bank for regulatory approval for an insurance subsidiary in Dublin. It is already licensed to act as a reinsurance business, and employs 15 staff in the city.

“We’re hopeful because we’ve been in Ireland for seven years,” Mr Horton said. “We hope we’re are at the front of the queue.

“We are establishing our insurance company [in Dublin] irrespective of when the Brexit application goes in. We were already starting to do that even before we had the referendum in June.”,

Mr Horton said there was no plan to move jobs from Britain or anywhere else to Ireland and that the company would hire locally, although he did not say how many jobs would be created. “We’re expecting to add jobs in Dublin because it will need more people to manage a live insurance company than a reinsurance company.”

Dennis Holt, the chairman of Beazley, said Brexit had been “a source of concern and considerable uncertainty” to many businesses in the City of London since the referendum. That concern was less acute for Beazley than for others, he said, because only 5 per cent of its business is generated in mainland Europe and it already had a presence in Dublin from which it could service the European market.

“In November 2016, we filed an application with the Central Bank of Ireland . . . to become a European insurance company, enabling us to broaden our underwriting platforms to European clients,” he said.

Separately, Willis Towers Watson said that it would add 40 roles to its operations in Cork. The company employs more than 300 staff in Ireland across its offices in Dublin, Limerick, Cork, Galway, and Belfast. Eoin Motherway, head of investment operations in Ireland, said the announcement was a “clear decision by the firm to place additional operational substance” in Ireland.

“We are delighted to announce that we are opening our investment fund operations in Cork, to provide comprehensive support to our investment products and our clients,” he said. “We chose the region for its financial services experience, availability of top-class graduates from the surrounding third-level ecosystem, and its competitive base.”

Eoghan Murphy, the junior finance minister, said this week that a number of companies had decided as a result of Brexit to move operations to Ireland. Many of those moves would be announced in the first half of the year, he said, but added that although Brexit had been the catalyst companies may not attribute their decisions to it.

Last month Barclays and Citigroup were considering moving more resources to Ireland. James Cowles, chief executive of Citigroup in Europe, Middle East and Africa, said that its employment base in Ireland would continue to grow steadily in the coming years as it continued to evaluate where to relocate parts of its business from the UK.