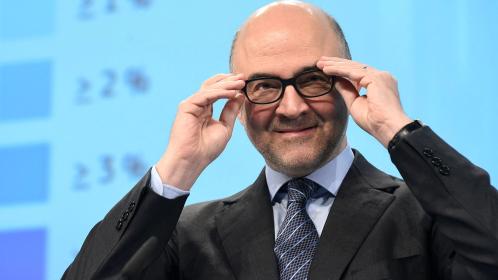 The proposal for a harmonised corporate tax base is not an attack on Ireland’s sovereignty and will not change the state’s corporation tax rate, a European commissioner has said.

Pierre Moscovici, the commissioner for economic and financial affairs, is overseeing the proposal of the Common Consolidated Corporate Tax Base (CCCTB), which was announced by the commission in October. The CCCTB is aimed at closing off avenues for tax avoidance by implementing a universal tax code for all multinationals operating within the EU and making over €750 million in sales annually.

Speaking to reporters at The Irish Times’ corporate tax summit in the Westin Dublin hotel yesterday, Mr Moscovici said that the EU posed no threat to Ireland’s 12.5 per cent corporation tax rate.

“The European Commission fully respects Ireland’s tax sovereignty. Our proposal for a redesigned CCCTB has a lot to offer to Ireland if one is willing take a fresh look at it,” he said.

“In addition to Ireland’s 12.5 per cent rate it would have a modern, simple and stable corporate tax system which applies across the entire EU.”

From a business point of view, CCCTB means that companies would have to submit one centralised tax return across all the EU countries in which they operate.

Ireland is one of seven member states to formally object to the proposal, which was first tabled and rejected in 2011. In order for a proposal to be implemented it must receive approval from all 28 countries. The other countries that have objected to the 40-page document are Sweden, the Netherlands, the UK, Malta, Luxembourg and Denmark.

Mr Moscovici said that an initial impact assessment showed a “slight impact” on Ireland’s corporate tax take if it was introduced in its current form. However, the commissioner said the assessment did not take into account the overall positive effect on the EU as a whole.

“This proposal is not ‘take it or leave it’, it is open to compromise. What I want is that it can be discussed with good faith and goodwill,” Mr Moscovici said.

Michael Noonan said that the government would engage at all levels during negotiations on CCCTB but that it was currently “not acceptable to Ireland”.

“One of our primary concerns is if we were to accept the first set of proposals the Irish tax base for corporate tax would narrow rather than widen, meaning we would be collecting less tax.”

The proposal recommends that countries have one headline rate of corporation tax which can be set by each member state.

Mr Moscovici appeared before the Oireachtas finance committee, whose members had accused the commission of attacking Ireland’s tax sovereignty. The commissioner said that the country’s sovereignty to set its own corporate tax rate was protected by the European treaties and urged Ireland to be strongly involved in negotiations on the proposal.

“I am sure that Ireland will bring its best suggestions to the table and engage openly in the council debates,” he said.

“All voices are equal here in EU tax policy, no member state can be overruled. I know that Ireland will use its voice actively, and I trust constructively, to help shape consolidation in a way that works for everyone.”

The commissioner also denied that Ireland was a tax haven when questioned by Paul Murphy, an Anti-Austerity Alliance/People Before Profit TD.

Mr Moscovici praised the work the country had done in recent years to reform its corporate tax system, including the closing of the “double Irish” tax loophole, a structure that allowed companies to route profits to tax havens where they held intellectual property.