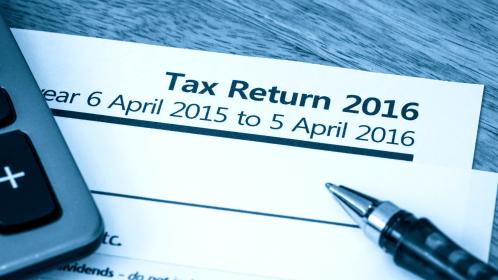 Many people face having to update their paperwork every quarter.

This week the government published its plan to scrap annual tax returns in a move that will be welcomed by those who struggled to meet Tuesday’s tax return deadline.

Revenue & Customs says that 10.8 million people submitted selfassessment tax returns on time — a record 9.57 million using the online service. Some 768,905 people filed on deadline day, 32,777 of those during the final hour. An estimated 840,000 people missed the deadline and will be hit with a penalty of £100, unless they can persuade the tax office to be lenient.

Ruth Owen, the director general for customer services at HMRC, says: “We want the number missing the deadline to be zero, and we’ll continue to improve the service to make it easier until every tax return is in on time.”

HMRC hopes to do this through its Making Tax Digital programme, which will replace the annual tax return with a continuously updated digital service.

Under the new system businesses will send summary data to HMRC about their trade each quarter, or more often if preferred. The data will consist of total income and expenditure, with expenditure broken down into categories such as travel and advertising. Businesses, the selfemployed and landlords will need to start using the new service from April 2018 if they have profits chargeable to income tax and pay Class 4 national insurance. The start date is a year later for those who are registered for VAT, and April 2020 for those who pay corporation tax.

The good news is that during the transition to the new service, taxpayers will be given at least 12 months before they are charged any late submission penalties. Employees and pensioners will not have to use the new service unless they have secondary incomes of more than £10,000 a year from self-employment or property.

However, from this year the tax office will begin using information gathered from third parties, such as employers, to “calculate whether the right tax is being paid by all taxpaters”. Employees will be asked to check the PAYE data automatically uploaded on to their digital tax account rather than scrabble around looking for P60 and P11D forms.

HMRC says: “We estimate that more than six million customers will benefit from the reduction in under-and overpayments from April 2017 onwards. However, these changes have the potential to benefit any of the 40 million customers who pay some or all of their tax liabilities via PAYE, whenever they experience a change in their income or tax allowances.”

The tax office is also experimenting with the use of bank and building society information. This includes a trial that will include bank calculations in tax codes for people whose interest earnings exceed the personal savings allowance. It is the first step towards the tax office completing everyone’s tax returns using the data it amasses from a variety of sources, including banks, building societies, the Land Registry, PayPal, eBay and Airbnb. Taxpayers will be reminded to check the data.

Responses to a government consultation emphasised the need for HMRC to be explicit about where the information has come from and to give people enough details so they can check it. The tax office says it is working on a system to resolve queries when someone believes the information provided by a third party is incorrect.

When the government first published its plans to bring in digital tax accounts David Gauke, the financial secretary to the Treasury, said: “By 2020 HMRC will have moved to a fully digital tax system where bureaucratic form-filling is eradicated — taxpayers should never have to tell HMRC information it already knows.

“Taxpayers will have access to digital accounts, with the information HMRC needs automatically uploaded, bringing an end to the tax return.”