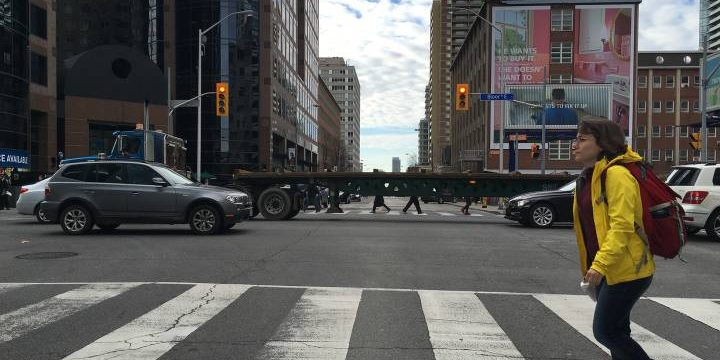 Shop Insurance Canada, an auto insurance authority has persuaded the city of Toronto to utilize wisely investments in road safety. The “Vision Zero Road Safety Plan” is heartwarming and encouraging, but the correct changes must be implemented to bring genuine reform and also save the lives of pedestriansand other road users.

Toronto has made known its “Vision Zero Road Safety Plan for the year”, with some modifications made to reduce traffic related collisions and fatalities which have bedeviled the city for so long. 45 New measures have been added to the plan which has been formulated to aid driver safety, while focusing the plan on the safety of pedestrians.

Shop Insurance Canada believes in the workability of the proposals, mostly its focus on distracted driving and the likes of it. Online industry expert however, is of the opinion that the city should instead say that the plan is only a first step and admit that more needs to be done rather than make the city dwellers believe what is not as fantastic as it claims to be.

“It is nice to see that Toronto has introduced a dynamic road safety plan for 2017. Distracted driving is a menace that should be resolved squarely and nipped in the bud, while an effort to further protect road users is commendable. The city would know that are lots of work yet to be done and more reforms need to be made.”

“The government should also collaborate with insurance companies in their quest to solve distracted driving. Insurers penalize defaulting drivers with higher premiums. This should be emulated by the authorities and deter distracted driving with legal penalties.”

With attention on distracted driving in the near future, fatalities on Toronto’s roads will reduce. Again, the 2017 plan is a first step and a will continue. Other main points of the “Vision Zero Road Safety Plan” include motorcycle safety, protecting areas around schools, and combating distracted driving. The plan was announced by the Mayor or Toronto, John Tory, alongside chair of city’s infrastructure and public works committee, Jaye Robinson.

Toronto has earmarked $54 million to fund the plan and greater safety measures for traffic within the city. Some of the changes will be rolled out immediately, while others will happen over time. 76 new locations have been announced for red light cameras.

The company makes unrelenting efforts to give customers the latest insurance news. They believe that a knowledge of what unfolds each day helps in understanding the industry. Their readers and customers are greatly valued and they provide them with the best deals.