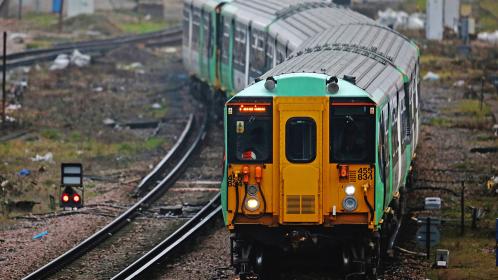 Anyone who has waited in vain on a freezing platform for a Southern rail service this winter will have felt in the mood for a revolution — and one commuter lobby group thinks it has found a way to start one.

According to the Association of British Commuters (ABC), those who have suffered delays or cancellations can use a little-known clause of the Consumer Credit Act 1974 — designed to compensate customers for faulty goods and services — to claim back money they paid for tickets from their credit card company.

So how would such a claim work?
Under Section 75 of the Act, a credit card company and trader are jointly liable for any misrepresentation of services provided. According to the ABC, an rail commuter known as Sean has managed to claim by submitting punctuality statistics, which showed that half of all journeys covered by his ticket had not gone ahead as scheduled. He claims that Amex refunded him £2,400 — 50 per cent of the cost of his ticket— before claiming the cost back from Southern. “You don’t have to reach a stalemate with a retailer before you can contact your credit card company. You can make a claim simultaneously, although you can’t recover losses from both,” according to Which?, the consumer champion.

Confusion surrounds Sean’s case, after Amex said yesterday that it had not, to the best of its knowledge, issued any refunds under this act. Yet the ABC is calling for passengers to claim. “A clear precedent will be set and we’ll be looking at no less than a revolution in consumer rights for passengers.”

What is the criteria for a claim?
The law allows money back for faulty goods bought in person, online, by telephone, or mail order, in Britain or abroad. The goods or services must have cost between £100 and £30,000, and can include flights. Sean is the first train passenger to claim he was given a refund.

What are the chances of success?
Experts believe that tens of thousands of Southern season ticket-holders could be eligible for compensation. Others are dubious.

James Daley, of Fairer Finance, the consumer rights group, said that claims may be tough to win because proving that a train service’s delays are the same as faulty goods is potentially difficult, and rail companies are likely to fight claims in court wherever they can rather than be liable for a flood of losses. The ABC has published a brochure on its website encouraging as many claims as possible.

How do I make a claim?
Section 75 applies only to credit card holders. Those wanting to make a claim should write to the company that supplied the faulty goods and the credit card provider, stating: when you bought it and for how much, including receipts (punctuality data for trains is available on the Office of Rail and Road’s website); how the product is faulty and, how the company has breached its obligations; and the attempts you’ve made to get in touch with the company.

Other ways to get a refund

Delay repay
This national scheme allows commuters to claim for tapered refunds from a train company, depending on how late their service is.